skip to main | skip to sidebar

Sailing along the Coast of Spain

Reminder Note: This is NOT a sailing blog. This is a story about life changes. Explaining sailing details are for those who are not familiar with it. 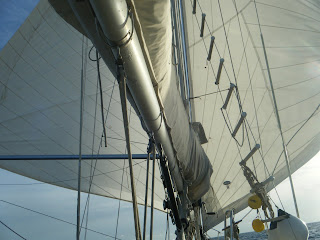 Costa Blanca. Off the coast of Spain---A two day passage from the Balearic Islands to the Mainland of Spain took waiting for a weather window that finally came on Saturday evening. The first night is usually easy and I took the Midnight to 3pm and 6am to 9am watches. Both were pleasant as we were running down wind with the portside pole out and the 150 Genny out (large thin sail that we connect to a 10 foot pole that has been rigged on the left to stick out off the side of the boat. This then forces the sail to stay far out and catch a lot of wind behind us) along with the Yankee jib to starboard (another sail only thicker and smaller rigged on the right side to double the sail mass overall when going downwind). 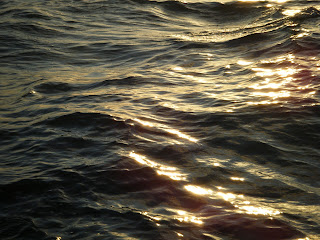 The ocean had a smooth roll and the moon was three-quarters, enough to light the cockpit enough to see the basics. The wind was enough to push us at 7 knots, 2 more than usual (remember this is a solid wooden, hardy sailboat---not a racing yacht and certainly not the mass produced boats used for Charters…yes, that was a dig). Ferries and sailboats with an occasional tanker crisscrossed our bow and stern. At 1am I saw a white flare that concerned me enough to wake The Captain. Since we would be passing the spot, I was going to continue to watch that heading but not deviate course. Nothing more was seen. 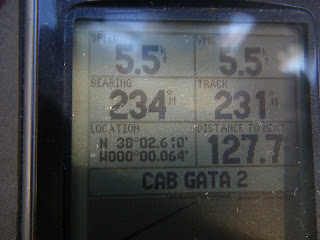 During the day on Sunday, we sailed close enough to the coast to pick up cell coverage and I made a couple phone calls which is a huge treat. At 10am we passed the meridian returning us to the Western Hemisphere, this was celebrated by a few yelps and watching the GPS hit 000000, but I missed the photo op by .064th of a minute.

Another hot meal later and it was time for another all night sail. This time I took the 9pm to Midnight and 3am to 6am watch. This seems to be the harder of the options as well as the second day is always harder because your body has not adapted to a 3 hour on off sleep schedule. Waking up at 9:30 am I was convinced I had been hit by a truck but I crawled out of the nest made for passages that includes a “lee cloth” converting the “sofa” in the cabin into kind of a half hammock for when the boat rolls, so you don’t end up on the floor.

Rain had passed during the 6am to 9am watch and The Captain said he was “over it” but I quickly observed we were heading straight to land for an anchorage. 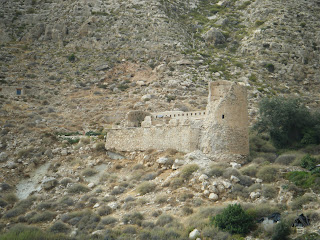 200+ miles later and about 44 hours, we are anchored off Mainland Spain in what appears to be a hippie commune, judging by the tents and made up shantys along the beach. Ruins of a watch tower are a short distance up the hill and the solar panels on it says we may have some castle squatters since there are no roads leading here. 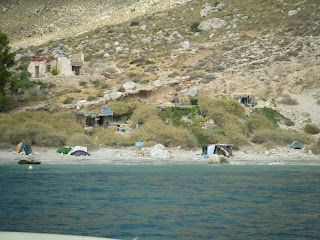 Further investigation to follow.
Posted by Edee Dalke at 2:31 AM

Sponsor a drink in Port, a bag of dog food for Turbo or anything else!